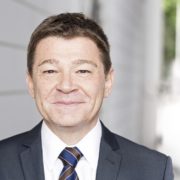 Ian recently based in Amsterdam, Netherlands and oversees the people agenda across the company’s operations in Asia, Europe, LatAm and North America. A truly global citizen he has developed an acute appreciation of other cultures and how to build effective businesses and teams within them. Ian was born in the UK grew up in Singapore and has since lived and worked in Germany, Canada, Hungary, China, Italy, Switzerland, Hong Kong, Denmark and the Netherlands. Beyond this he has also been a frequent traveler and effectively partnered with senior business executives in a number of global companies, in very challenging situations across Europe, Asia, Africa and Latin America.  Upon completion of his university studies, Ian spent his early career in the Royal Air Force.  He subsequently joined the corporate world, initially in consulting and then with SABMiller where he spent the next 12 years, during an intense period of global expansion and unprecedented growth. More recently he worked for the Carlsberg Breweries heading up Human Resources for their operations in Asia and then more recently Europe. As a true HR business partner Ian has notably also held positions in sales and headed up Marketing Capability Building for SABMiller.