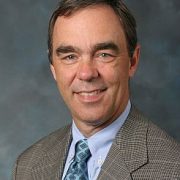 Founded in the early 1960s, the firm’s primary goal is to assist displaced workers make the transition to reemployment. It has a proven record of success, conducting fully individualized programs and one-on one consulting for each individual who participates in the process. The firm’s clients find new jobs in a median time of 3.2 months compared to the five months cited by the Wall Street Journal as the average job-search length.

The company achieves these results through an operating philosophy that places emphases in the importance of the job interview and going out and attacking the job market rather than mailing letters, sitting back and waiting for the phone to ring with job offers that may never come. Clients are counseled on the necessity of daily interviewing as the means to successful reemployment.

The firm has offices in major cities across the nation in addition to Canada and overseas, which expands the company’s ability to assist individuals who conduct regional and/or national job searches. At Challenger, Gray & Christmas, the counseling and sales functions are separated, with a full-time professional staff which does counseling only, rather than sales executives who function as counselors when they have time. It assures that the client works one-on-one with a counselor who is readily available and is not distracted by making sales calls.

Challenger also maintains the most sophisticated and proactive system of client follow-up in the industry.

The company’s first goal is to treat each client as an individual, meeting that person’s specific needs and objectives.

The second goal is to guide and support the individual throughout the job search from the time of termination until reemployment.

In recent years, Challenger’s mission has grown to include advising organizations and their employees on recognizing, addressing and managing the constant barrage of changes affecting their workplaces today. Through change management and executive coaching it is helping organizations face such daunting challenges as unifying disparate corporate cultures following a merger and juggling various management styles in an increasingly multi-generational workforce. John A. Challenger, Gray & Christmas, Inc. was founded by James E. Challenger, regarded as one of the nation’s foremost authorities on finding employment. His syndicated “Job Hunt” column appears weekly in newspapers across the country. His innovative and effective advice is based on nearly 40 years of jobs-search counseling experiences with professionals in all fields.

Mr. Challenger holds an A.B. degree from Harvard University and a J.D. degree from Northwestern University Law School. He has authored three books, including Outplacement, a standard reference for human resource professional; Secrets of the Job Hunt; and The Challenger Guide, Job Hunting Success for Mid-Career Professionals.

John A. Challenger is chief executive officer of Challenger, Gray & Christmas, Inc. He may be one of the most oft-quoted business executives. His breadth of knowledge on corporate practices, workplace issues, the economy, and societal trends is sought out by major broadcast and print media. John Challenger served on the labor/human resource committee of The Federal Reserve Bank of Chicago from 1999-2002. In 1998, 2001, and 2003, he delivered addresses before the World Future Society. He has also addressed the annual conference of the Ethics Officers Association and conferences of leading business executives in Japan in 2001 and 2003. In 2002, at the height of the turmoil over corporate governance, The Wall Street Journal invited Mr. Challenger to address the issue in a bylined article that appeared in The Journal on June 25, 2002.

In 2003, John Challenger gave testimony in 2003 before the U.S. House Committee on Small Business on the issue of permanent job loss in a global economy. Mr. Challenger is very active in several business and charitable organizations in the Chicago area where he resides with his wife and five children. 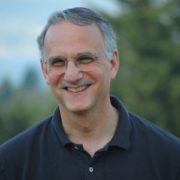 Richard C. Harwood is the founder and president of The Harwood Institute for Public Innovation, a national nonprofit organization that teaches and coaches people and organizations to solve pressing problems and change how communities work together. Rich’s transformational work has spread to thousands of communities nationally and worldwide – from small towns to large cities – by applying concrete methods he created and honed over the past 25 years.

These proven practices are based on hands-on work with individuals, organizations and communities in their quest to create change. Rich’s talks, coaching techniques and practical guides have provided the hope and inspiration for individuals and groups to improve their public and private lives. He recently facilitated Newtown, Connecticut’s unanimous decision on the fate of Sandy Hook Elementary, where 26 children and adults were killed in December 2012.

A visionary with the ability to help people identify obstacles and tap their aspirations, Rich has inspired hundreds of audiences as he shares his philosophy of what it takes to be relevant and connected in today’s world.

Rich is also a prolific author whose books and guides include The Work of Hope: How Individuals and Organizations Can Authentically Do Good; Hope Unraveled; Make Hope Real; and Why We’re Here: The Powerful Impact of Public Broadcasters When They Turn Outward.  He has also written numerous studies and articles that chronicle the most vital issues of our time, and has appeared on national media including MSNBC, NPR, CNN’s Inside Politics, The NewsHour with Jim Lehrer, Special Report with Brit Hume and C-SPAN. Learn more about Rich and his inspirational personal journey. 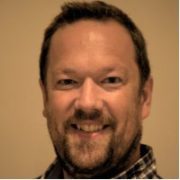 Tim Wells is an experienced specialist, people manager and career coach in the Global Mobility field. He has worked in-house and on a consultancy basis and has the benefit of both perspectives on relocation and can provide a well-rounded and effective approach to managing mobility programmes.