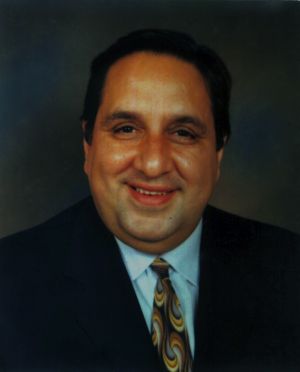 Siamak Farah is the CEO of InfoStreet.  InfoStreet is a Cloud app provider that offers SkyDesktop, a free patent-pending Cloud Desktop; SkyAppMarket, an app marketplace where a business can choose from the best Cloud apps in the market; and SkySingleSignOn, a federated login solution and network management tool. Together they provide all the files and applications a company needs to run their business in the Cloud. Try SkyDesktop and SkyAppMarket by visiting https://www.skydesktop.com or by calling 1-866-956-5051 for more information.

It’s about Crowdsourcing… it will change your life.

We live in very exciting times. Wave after wave of technological innovations are changing our lives on a daily basis. Often, we don’t notice the change until we are swept up by it. For instance, who amongst us would have said that they would use a tablet even as recent as 10 years ago? Yet today, there are many students that consider a tablet more of a necessary education tool than notebooks. Or, go back a few more years and ask who would have thought they would send money or letters via a computer vs. U.S. Mail. There are many more examples, much too many for the scope of this article; suffice to say that how we live, what we do, and how we do it, has changed more in the past two decades than it had in the previous two millennia.

When it comes to technology, some ideas take years to develop, and some sprout up seemingly overnight. The truth of the matter is that there is a method to the madness. New ideas are almost never instant overnight mass sensations. Rather, they often get introduced to the market, taken up by early adopters, and get written off as a fad by status quo protectors. If they survive, they gain momentum and get perfected, manifest themselves as new morphs that appeal to the masses, and finally become a paradigm shift – and then the world is changed forever.

The key is the “paradigm shift” status. That’s when your life will change.

Paradigm shifts are like earth’s tectonic plates. Once they shift, the landscape is changed forever, or at least till the next paradigm shift.

A little trip down memory lane reveals a few pivotal moves in technology that makes a few years ago look oh so pre-historic:

·       In the early 1980’s, computing power, which was previously a lock of the mainframes and only available to large corporations, became a tool for the masses. The era of “Personal Computing” was born. In a few years, every business, every school, every house, and every person had a computer that they could call his or her own. The world would never be the same, as our computing paradigm had shifted.

·       While born decades ago, it wasn’t till the early 90’s that the Internet became a paradigm shift. By connecting computers to the network and to one another, the Internet democratized the flow information. It changed how we find information and share it with others. Mail and fax have steadily declined in usage, as lightning-fast delivery became available to everyone.  Instant availability of information has also changed what we learn. The same way that the advent of the personal portable calculator obsoleted the need for engineers to spend hours manually calculating square-roots, tangents, etc., the availability of information has shifted our focus from pursuing deep knowledge of a subject to understanding how to interpret and use the results.

·       While the Internet connected us together, changed the delivery mechanism and our information flow, it would take another paradigm shift to change how we work. Enter the cloud. The cloud enables people to work from anywhere, at any time, and using any device. It has shifted both the efficiency and the economics paradigms. Similar to what leasing did for car sales, enabling people with smaller budgets to afford more expensive cars, the cloud brings solutions that were once reserved for large companies to small businesses. There are no upfront costs, companies pay as they go, and can scale up or downsize as needed. On the efficiency side, people can work from anywhere and on their own devices, something that was impossible only a few years ago. Professionals had to live where their jobs were and only use company-sanctioned equipment.  Since cloud apps run in a browser, the device operating system became irrelevant, and more and more companies have adopted Bring Your Own Device (BYOD) and telecommuting, and thereby realizing improvements in employee satisfaction and productivity.

So what is the next paradigm shift?

·       Internet changed where we get our information.

·       And crowdsourcing will change whom we work with.

Crowdsourcing is the practice of obtaining needed services, ideas, or content by soliciting contributions from a large group of people, and especially from an online community, rather than from traditional employees or suppliers.

One would think that working with total strangers could never have become mainstream. However, similar to the other paradigm shifts, crowdsourcing is nothing new, and has been gaining momentum. Although the term was coined in 2005, we have seen forms of crowdsourcing for years.  Many familiar names, from the Oxford English Dictionay to Madonna have been beneficiaries of crowdsourcing.

Some tasks are simply too large for one person or one company. In February 2007, when Jim Gray, renowned computer scientist, was lost at sea, thousands of satellite images were collected. It was impossible to review them all looking for a tiny capsized boat. The images were then posted to the Amazon Mechanical Turk, where an army of volunteers each looked at a few pictures in an attempt to find Jim’s boat. While the exercise was fruitless, it was a clear demonstration of the awesome power of the masses.

Whether it is a crowdsourcing competition like Madonna’s music video or a crowdfunding effort, funding a project by a large number of people each providing a small amount of funds, the major benefit is an inherent “vote” and support.  Prior to these series of paradigm shifts, if one had an idea, they would have to present to a number of people to find the right investor who would believe in their vision.  Not a small feat, as often visionaries are not great at presenting business cases, and investors are not great at seeing the vision, at least not without the vision being dwarfed by all the pitfalls.

With crowdfunding, you not only receive the funding, but also the vote of confidence and a built-in market.  When Dan Shapiro[6] wanted to build a board game for his four-year old twins, he turned to Kickstarter.com. With the goal of $25,000, he wanted to build a board game called Robot Turtles for 3-8 year old children, which in the process of playing would teach them the fundamentals of programming. Well, 13,765 people agreed with him that his idea is worth building and he has a whopping $631,230 in pledges.

As a small business owner, can you afford that giant marketing effort to see if an idea of yours is viable? Why pursue an expensive focus group, settling for a few people to validate your vision with the market? With crowdsourcing, you can get an army of volunteers willing to give you their wisdom, dollars, support, vote, or any combination thereof.

With a number of crowdsourcing variations, such as crowdvoting, crowdsearching and crowdfunding, we are just at the tip of the iceberg. Our lives are about to change – and do so for the better. History says so.

"Leadership is For Everyone" with author, Vinay Nadig
Scroll to top