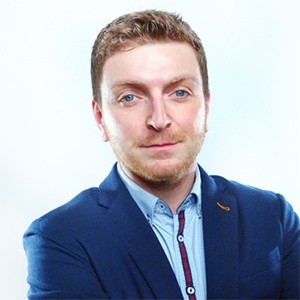 Matt Kaine from Big Rock Labs has long admired brands that have had a way of creating an emotional connection with their audience through a well designed marketing strategy. After earning his business degree at Conestoga College, Guelph, he has worked within marketing and creative agencies in Toronto, New York and Miami over the last 10 years.

As Director of Business Development Mr. Kaine launched New York City based firm 24 Seven Inc.’s first Canadian office in early 2012. He partnered with retailers such as Umbra, Hugo Boss and Hudson Bay Company as well as global agencies Young & Rubicam, Wunderman and DDB. He focused on creating solutions and solving problems to better understand and unify audiences across markets within Canada.

Most recently Mr. Kaine has helped evolve Toronto-based Pivot Design Group’s position and services from a traditional User Experience agency into a leading multi-disciplinary firm focused on developing and re-inventing solutions throughout public and private health care organizations. As Pivot’s Account Director, his relationships span across the United States and Canada with notable projects in wearable technology, data visualizations, design/user research and apps for internationally recognized institutions such as UHN, CPAC, ACS and others.

Acknowledging a rich and developing talent pool in his own backyard, Mr. Kaine has been welcomed as an Advisor and Mentor to movements and institutions focused on entrepreneurship and innovation within the community. Currently he splits his time as an Advisor between Big Rock Labs, Ryerson University’s Digital Media Zone, Hacking Health and the MaRS Discovery District, Toronto.