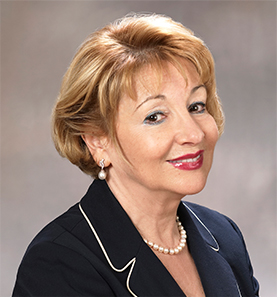 Born and raised in Ukraine, a professional diversiculturalist Dr. Fiona Citkin came to the US as a Fulbright Scholar studying languages and cultures at Kent State University, OH. Fiona’s first book was on language/translation (Terminology and Translation, Lviv, Vischa Shkola, 1988, in Russian) and it brought her recognition in European academia. For the book “Transformational Diversity: Why and How Intercultural Competencies Can Help Organizations to Survive and Thrive” (SHRM Publishing, 2011) Fiona has been recognized as a Top 2012 Champion of Diversity by 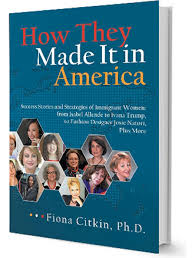 This book was a seminal stepping stone for further exploration of the diverse American culture and the real-world ways to instill inclusion. Fiona’s upcoming new book, “How They Made It in America: Seven Success Commandments,” started with a desire to explore how diverse talented individuals make it big in America. She focused on prominent women immigrants as the book subjects—just because she knew from her own experiences that women face frequent trials and tribulations on their way to success. The topic appeared so rich that it soon became clear she’ll need to write a book series, to at least solidly scratch it. You may see more details on www.fionacitkin.com Since April 2013, Fiona’s monthly Huffington Post contributions explore the issues of multicultural women and what it takes to make it in America: http://www.huffingtonpost.com/fiona-citkin-phd/.

With experience as Director of Berlitz, FGI, and a personal consulting portfolio with major corporations, Fiona accumulated skills in public speaking, marketing, coaching, training, magazine and TV interviews, entrepreneurship, and of course, intercultural communication and languages. Fiona speaks three languages: English, Russian, and Ukrainian. After living and working in Europe (Ukraine, Russia, Hungary, Austria, Great Britain, and Switzerland) she now resides in Warren, NJ, USA, and can be reached at fiona.citkin@expertms.com.