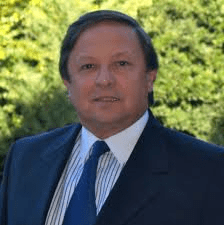 Carlos Viola served for over twenty years as President and CEO of Aeroterra S.A., a technology company dedicated to providing geospatial solutions using GIS (Geographic Information Systems) and satellite imagery, actively participating in all of the many projects undertaken by the company. Passionate reader and writer, Black Lion is his first fiction novel. He currently lives in Buenos Aires with his wife, María.

The United States declared war on terrorism after the cowardly attacks of September 11, 2001. Mike Harris is a U.S. Army major and a member of an elite group within the special forces: the dreaded Desert Lions. After a directive issued by the President and using all the technology and resources that they have available, Mike and his lions must travel the world trying to eliminate the terrorist elements of Al-Qaeda that threaten to disrupt world peace. When he meets Marcie Johanssen, a beautiful and rich danish heiress, Mike falls in love instantly and unwittingly she gets dragged into the terrible struggle to be unleashed in different parts of the world.