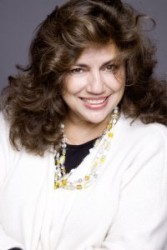 She’s been called a “real life Indiana Jones” by fans and readers around the world – an inspiring icon of truth and a living model of the adventurous spirit and seeker within us all. Internationally acclaimed author Patricia Cori is one of the most well-known and established authorities on the realms of the mystic – views of the world and multidimensional reality that challenge the status quo. She has been a key voice in the alternative media for decades, and a contactee who has brought paradigm-busting information to the public since 1996, contributing a wealth of material to the new thought community. And she has the “chops” to prove it …with eleven best-selling publications, published in over 20 foreign languages.

The former host of the popular radio show, Beyond the Matrix, on bbsradio, she has herself been interviewed on hundreds of talk radio and TV programs, including CNN, Coast to Coast a.m. syndicated radio, the Urban Journal Radio, KJAC Radio Montreal, 21st Century Radio, Fringe Radio, and a host of others. She has also appeared in documentary films.

In 2012, she founded the global non-profit association, Save Earth’s Oceans, Inc., dedicated to restoring the balance of our fragile ocean ecosystems and saving the whales and dolphins from whaling, slaughter and exploitation. As President and CEO of the organization, she is determined to raise the consciousness of human beings around the globe to alter the course of our destruction of the earth’s oceans, and to hear the music of the whales and dolphins as communications of a higher consciousness.

She has now turned her talent to screenwriting, having completed a full feature script of her upcoming spiritual thriller, The Emissary, scheduled for release as her first fiction novel, through North Atlantic Books/Random House Distribution in March 2014. Film and television rights have been acquired by Global Universal Entertainment, and the project is already in development to become a major motion picture.

Her recent project – LITTLE BOOKS by Patricia Cori – launched in July 2013 will provide her readers with a collection of short, concise works on topics about which she is impassioned and knowledgeable, as digital editions released through kindle on amazon. Volume 1, HEAVEN IS HERE, BENEATH A TREE, is a moving collection of her artistry as a photographer and artist, and poems which reflect her love of the earth and her visions of the beyond.

A true spirit leader, Patricia Cori is weaving her own music into the souls of her readers, calling upon humankind to wake up and take its true role of leadership for the preservation of the magnificent Planet Earth. She is most definitely a force to be dealt with!

“Amazing works, but ‘phenomenal’ is far more accurate! Uncanny intuition and incredible psychic gifts have made Patricia Cori an international icon and one of the finest radio hosts on BBS Radio, with her weekly radio program Beyond the Matrix. Her extraordinary vision and the way she communicates her truth to her readers will make Patricia a staple in every library. This woman will change your entire life, just like magic!”
–Donald Newsom, president of BBS Network, Inc.

“Patricia Cori is a living library and her books are living vessels”
–Alfred Webre, Exopolitics.