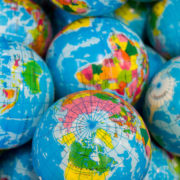 A significant challenge to a majority of corporate employees

According to a study conducted by RW3, an intercultural communication training organization, 87% of white-collar employees of multinational companies conduct at least part of their work virtually.

The RW3 study went on to find that while the vast majority of these employees encountered challenges in virtual work, only 16% had any training to prepare them.

The study had a stunning response rate: 3,300 business people from 103 countries. “It is clear that the survey struck a nerve,” says Charlene Solomon, president of RW3. “In fact, the huge response itself is one of the key findings. There is a pent-up demand for expressing the difficulty of working virtually across time zones, languages and cultures.”

The 2012 Virtual Teams Survey Report – Challenges of Working in Virtual Teams found that: In the virtual workplace decisions take longer and are harder to make; That the absence of visual cues makes it more difficult to collaborate, and that building team trust is more difficult.

The survey also found that working across time zones rivaled communication and other culturally based challenges for being the biggest hurdle facing corporate workers.

“It appears that while nearly everyone in today’s workplace recognizes the need—and appreciates the value—of virtual work, it is not easy, especially when cultural differences, time zone challenges, accents and communication styles enter the equation,” says Solomon.

The survey unearthed some surprises. 41% of virtual team members never met their colleagues in a face-to-face setting. Other key findings:

87% of respondents indicated at least 25% of their productivity depended upon working virtually.

33% said at least half of their virtual teams were outside the home country.

The top five challenges during team meetings were:

“The rapid pace of globalization and the growing number of collaborative software solutions have enabled virtual work, and the demand for skills from around the world have made it a necessity, but virtual team work is not intuitive,” says Michael Schell, RW3’s CEO. “It’s about time we recognize the human side of the equation.”

RW3 CultureWizard is an intercultural training consultancy that specializes in creating online solutions and e-learning facilities for its client organizations. Founded in 2001 and with offices in New York, Los Angeles, and London, RW3 blends over 30 years of experience in teaching global culture with the most up to date technologies. The company’s services include instructor led cross-cultural training, global and virtual team building and international assignee support.