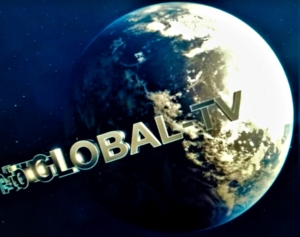 • Lean the science behind Unconscious Bias

• Discuss the role of culture in Bias

• Visit the relation between perceptions and unconscious Bias

• Get educated on how to fight bias

As we deal with a complex world, we make assumptions… an inbuilt function of our brain of preconceived ideas; helps us quickly make sense of the world around us.

• Challenge our own stereotypes with stereotype replacement

• Learn to use counter stereotype imaging strategy not only replaces existing stereotypes but injects positive-based biases, which challenge the current bias we have

SAHAR has lived, worked and been educated in 7 countries, 3 continents;

holds a Double Bachelor of Medicine, and Surgery;

Major in Psychiatry from Cairo University;

Named one of the “20 most successful businesswomen to watch for in 2020” by  Global Insights Success magazine;

She is an author, and a “TED TALK & SUE Talk” Speaker;

Recognized by “State Senate”, “State Assembly”, “Board of Equalization”;

Honored as an “Inspirational Woman” in 2015; Awarded “Diversity Insights award 2015” by the National Diversity Council and “Leadership Excellence award 2014” by hr.com;

Business Advisor at PCR-SBDC a subsidiary of the “Small Business Administration”.

Sahar is the founder of “Sahar Consulting, LLC” and “Reinvent Yourself to Greatness“.  Her book “49 things about Entrepreneurship” published on Amazon. Client list: govt agencies, public utilities, nonprofits, healthcare and educational orgs.

definition of Diversity, Equity and Inclusion

People feel secure with people that look, feel and speak like them, and

feel threatened and fear from the OTHER … gender, color, country, or different sexual orientation.

Our reactions are a result of incidents that cause the brain to recall previous similar associations from our earlier programming- our brain connects in a similar way by the trigger if we perceive danger if different people from different backgrounds; different things can get triggered.

Then we start seeing the world in a dualism way or basically US against THEM depending on who you are could be political, gender, race etc. we have a tendency to create a wall between us and these people internally without feeling it.

By gaining a deeper understanding of the biases that influence our perceptions, we can better manage relationships and resolve conflict.