Mark is one of the four Founders of FINDcures.  As a Parkinson’s patient, he is passionate about the FINDcures mission.

Mark also has a history of volunteerism.  In January 1977, while still a teenager, he volunteered to leave his home in sunny Southern California to serve for two years as a full-time missionary in the significantly colder climate of Scotland and Northern Ireland, during a period of that country’s intense civil unrest.  Of serving others while as a missionary Mark says,

“The greatest lesson I learned about serving my fellowman is the more I help others, the happier I am, and the greater sense of identity I come to recognize within myself.  Giving of myself to others had the effect of lifting me above my moments of doubt, worry, and potholes of despair, to a higher plane of thought.  Simply put, by losing myself in serving others, I found my true self.”

While serving the wonderful people of Scotland and Northern Ireland, Mark began to form what became his top four credos of life.

First, “The only constant is change.  Embrace it.”

Third, “Control is an illusion.  Let go of it.”

As fate would have it, these four concepts along with his undying faith in a loving God, have been a source of strength for him as he has dealt with the challenges of Parkinson’s disease.  Mark provides a unique perspective to the FINDcures Leadership Team.  He is intimately aware of the challenges an individual and family face when dealing with a neurological disease diagnosis.

Professionally, Mark has had a very successful career in the van line industry since January, 1980.  During his over 3 decades of experience in the relocation industry, he leveraged his passion for learning to become a Certified Relocation Professional (C.R.P.), of which there are less than 200 in the U.S.  He is also a licensed California Real Estate Broker (R.E.B.).  In addition, his dedication to client satisfaction resulted in him becoming a 5-time member of the United Masters Club, a distinction that put him in the top 5% of his peers nationwide.

Over the course of his career, it has been estimated that Mark has relocated more than 15,000 families from and to all points in the United State and overseas.

Shortly following his 48th birthday, Mark noticed an unusual physical change.  His right hand pinky finger had developed an almost unnoticeable resting tremor.  He observed that it became more pronounced when he conducted a meeting or gave a talk in church.  “Speaking in front of groups with a few hundred members might seem like enough to make anyone’s hands shake, but only my right hand was affected.”  He told himself that this must be due to a pinched nerve or spinal irregularity.

This unique event prompted him to make an appontment post haste to see his general MD.  His recommendation was that he meet with a neurologist.  The neurologist performed a series of tests that included electro-analysis and observing him walking down a hallway.  His diagnosis on that day was he felt his sysmptoms were pre-Parkinsonian.

Mark left the neurologist’s office in a daze of disbelief.  When he left the doctor’s office he felt as though the weight of the world had just been placed upon his shoulders.  He felt profound sadness and also bitterness for this added burden that had been handed to him.  His mind began spinning to the past in search for answers, and into the future imagining what his life would be like.  Loneliness, fear and doubt, began to creep into his thoughts.  This was without exception the greatest blow to his peace of mind and sense of self-worth, that he had ever experienced.  He was completedly unprepared for the news he received that day.  He felt as if he was in a downward spiral with no one to catch, lift, or console him.

This and other similar experiences are what compelled him to help create FINDcures as well as provide peace and bring hope to others affected by Parkinson’s disease.

He is the author of the book, “Peace with Parkinson’s – It’s Called a Resting Tremor, not an Earthquake”, available on Amazon.com.  Mark is currently working on his second book. 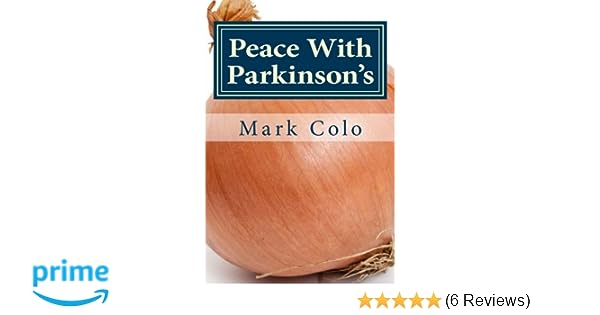