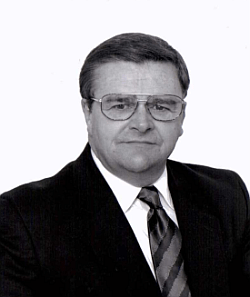 John E. Platt was a 43 year employee for the US Postal Service. He started his long career as a letter carrier and worked his way to a top position through his determination, outspoken commitment, and loyalty. Twenty four of those forty three years he held executive positions in Boston, Providence and San Diego. From 2000 to 2009 he served as District Manager of Southern California where he had responsibilities for all phases of the business, including Operations, Sales and Marketing, Human resources and Finance, managing twelve thousand employees at that time.

John has a degree in Business Management from Boston State. He attended the Stanford Executive Program and numerous other business programs at Duke University, Harvard,and University of Chicago. He was respected and honored by the local union leaders and community government officials. John received numerous awards, including the Deputy Postmaster General award for Outstanding Performance.