In 1980 I relocated my business/family from Boston to LA.

I had formed USBOUND™ Relocation Guides and recognized the need to experience a relo.

Going further, we launched an appropriate new business that would eventually become a group including the multi-edition (print/glossy) CALIFORNIA BOUND™.

In mid-Oct’84 we produced our 1st meeting and presented in association with LA Chamber of Commerce; our keynoter was Chief of LA Economic Development.

We talked about the role of “relocation”. 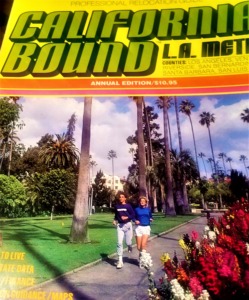 Remember, at that time interest rates were sky-high 12%-18%. Guess what: people who could afford to buy a home were the corporate transfers because they could prove a guaranteed income.

In ’85 we began printing the magazines in Seoul Korea + HongKong, cutting print costs by 60%. We airshipped a thousand copies to speed distribution; bulk ocean-shipped into PortLongBeach then trucked to our offices in Beverly Hills.

Mid 80’s we produced #1 video …relo to LA’s beach towns, adjacent to the aerospace community. My partner was a “Hollywood” tvcameraman. In his convertible we drove the streets shooting film/tape + street interviews with locals about living/working in the area. #1 customer Hughes Aircraft Company. 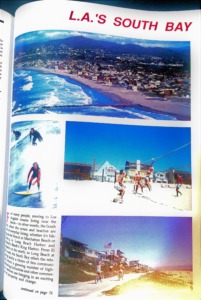 NOV’97 we produced #1 global conference in London. In NOV’99 we did Paris at LeMeridien Montparnasse and 300 attended. Yes, we partied like it was 1999 and “Le Beaujolais Nouveau arrivé!”