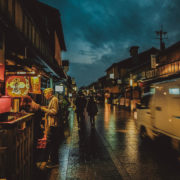 During the “China Hype” in Brazil, almost every big company felt they couldn’t lose the opportunity to reach for the largest market in the world.

The bilateral trade grew in a very expressive way, from 19,4 million dollars in 1974, when the diplomatic relations were retaken, to 36,1 billion dollars in 2009, turning China the largest Brazilian commercial partner, surpassing the EUA.

On the other hand, in a few years from the beginning of this movement (2003/2004), many companies started to report big losses on their investments in China, leading to the obvious questioning of why this happened and if it could have been avoided.

Passing far from the discussion of the problems related to technical and market issues, this article wants to focus on the “cultural questions” that may have influenced the success or failure of these enterprises.

The most important cultural similarities between the Chinese and Brazilian cultures in business are:

Guanxi is the personal connection that one builds through a life time, meaning trust and the exchange of favors, either in personal life or in business. Brazilians can understand guanxi very well, as it is one of the pillars of Brazilian society. There is a joke that says: one has better chances to find a good job when he has a great “QI”. QI means “Quotient of Intelligence”, but it also means “Quem Indica”, or “who indicates” the person for the job.

“Jeitinho” means, literally, a little way to fit anything anywhere and it would be the equivalent of “zou hou men” (the use of back door). In Brazil “jeitinho” can mean flexibility, or corruption. There is a famous TV show called “O Bom Jeitinho Brasileiro”, meaning “The Good Brazilian Jeitinho”, trying to show that before meaning corruption, “jeitinho” means creativity and ways to find flexible solutions to hard problems, but it’s also true that it usually avoids procedures, bureaucracy or even laws that stand in people’s way.

The time needed to do business in China and Brazil is much longer than that necessary for Americans, for example, and one of the reasons is that people want to know and trust the individuals and companies involved. In Brazil, the justice is very slow and if ones needs to enter a judicial fight he knows it may take many years, meaning severe losses for the business. So people prefer to be cautious rather than sorry. In China all relationships need to be understood through a system where “guanxi” is crucial, and where any favors done must be returned.

Loyalty to friends and acquaintances is also very important in both societies, and it may take precedent over proficiency. With globalization, the standards for doing business are changing, and in fact if one has no proficiency he won’t go far, once good results are expected by all partners. But if one has to choose between a competent friend and a competent anonymous, in China as much as in Brazil the chosen person will tend to be a friend.

Finally, bureaucracy may drive foreigners mad both in Brazil and China, and to deal with it requires patience and contacts, in order to find a “jeitinho” to succeed.

However, despite the similarities, there are also many differences. The negotiation styles are different, and the concept of time in China is circular, meaning that when one believes they have reached a final agreement, the Chinese may want to start all over again.

The bureaucracy is deeply connected to politics, requiring knowledge of the main actors in the scene. The loyalty is directed not only toward one’s acquaintances, but also to the country, meaning that one must look at the interests of the country before individual interests, which is a completely new concept to Brazilians. The Contracts in China are not final and may change after being signed, as a contract is understood as a mirror of the circumstances, and if they change, it would be fair to change the contract as well. Some of the business standards may also differ, as for example, responsibilities for Quality control.

The Socialist Rule of Law and the lack of regulation in some areas also add obstacles to the Brazilian understanding of the scenery where executives are supposed to act.

Therefore, experience has shown that when playing on Chinese ground, the cultural similarities may not work in favor of Brazilians and the rules work in the best interest of the Chinese.

To find the common ground seem to have been the key to success, accordingly to the many successful Brazilian companies in China.