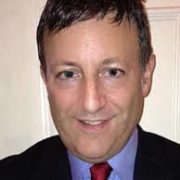 Charles (Chuck) Brooks serves as Vice President and Client Executive for DHS at Xerox. Previously, he served in government at the Department of Homeland Security as the first Director of Legislative Affairs for the Science & Technology Directorate. He also spent six years on Capitol Hill as a Senior Advisor to the late Senator Arlen Specter and was Adjunct Faculty Member at Johns Hopkins University where he taught classes on homeland security and Congress. Chuck has published articles on the subjects of innovation, public/private partnerships, emerging technologies, and cybersecurity.